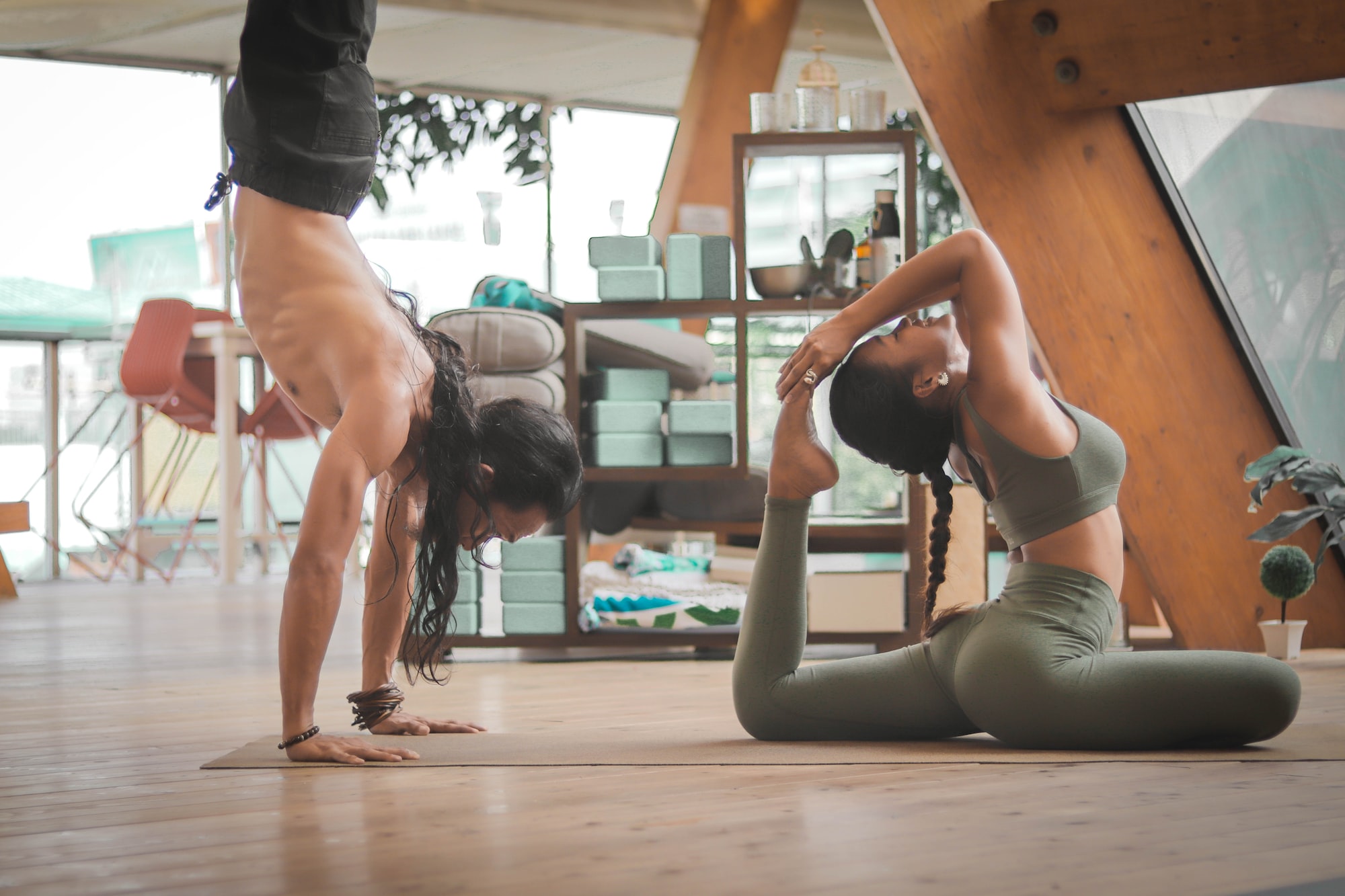 How to Program Variety Effectively

There is a fine line between too much variety in an exercise program and not enough.

They either program too much variety by changing the programming up every day (or every week); Or they stick with the same 3 exercise sequences for months on end – Starting Strength / SL5x5 ... cough ... cough ...

Why Too Much Variety is a Problem

Inevitably the dominant issues with changing your training program up every time you go to the gym (or even weekly) are twofold:

How do you know if you've improved at a squat, deadlift, lunge or whatever exercise you're doing if you never repeat the pattern?

If you never repeat anything, you're basically starting fresh each and every training session. It's like trying to learn math but never resisting similar math problems to identify patterns. You just don't get anywhere.

You never give your body the opportunity to practice anything frequently enough to get good at it.

Realistically speaking your body does best when it has the opportunity to repeat an exercise or pattern at least every 2-10 days.

Most resistance training exercises done within sufficient proximity to failure require a minimum of 48-72 hours of recovery for performance to improve. And ideally, you hit your body with another round of a (slightly harder) stimulus around the time your performance is still on the upcurve past baseline. Doing so will drive your baseline up a bit.

But wait longer than about 10 (maybe max 14) days to repeat a similar stimulus? And you risk returning to the baseline you had before the last stimulus.

It's basically like starting over from scratch again. Almost like you didn't really do anything at all.

Yes, you'll get some general improvements by merely exercising but the ceiling for the development is lower due to a lack of practice and a progressive stimulus.

This is how people get good at anything, not just exercise.

It's fine and dandy if all you want to do is maintain the current status quo, but if you have a goal, this is not the way to work towards it.

Note: There is one notable exception.

That isn't really an exception at all because you'll still repeat workouts 3-27 times or so over a span of 3-12 weeks; It's just spaced out a little differently.

Well for one they aren't random. And two, because you revisit the same stuff either the following week (DUP) or every few weeks (WUP).

Typically with these styles of training, the exercises don't change from workout-to-workout (DUP) or week-to-week (WUP). Only the intensities change.

This makes sure you repeat the same workouts over a broader period of time and protects you from soreness if cycled intelligently as you see above.

These are both good options for people who bore easily, as you may only repeat a workout 2-3x times in a row (WUP) or typically once a week (DUP).

I actually use a blend of DUP and something called 'block periodization' or 'alternating periodization' quite a bit. When I use WUP the intensity builds as in the example above.

Some people love feeling sore from their workouts, and they wear that soreness on their sleeve like a badge of honour.

They shouldn't. Just like how much you sweat during a workout doesn't mean much, neither does soreness. AKA Delays Onset Muscle Soreness or DOMS.

It doesn't mean your workout was 'intense.' Your workout wasn't necessarily 'super hard.' It wasn't 'a good workout.' And it certainly wasn't productive.

Soreness is simply the result of doing excessive eccentric focused training, or too much of something too new, too soon.

Keep the training as random as possible and you maximize soreness but minimize the thing that actually matters:

Getting Better At Whatever You Want to Get Better At.

And the reason is, soreness extends the recovery process duration. This lowers your ability to apply progressive overload at a decent frequency by a few days. It impairs your ability to repeat a performance sooner, rather than later. It alters function. It impedes muscle growth. It delays coordination and skill acquisition. And it generally just sucks not being able to sit down on a toilet when it's excessive.

Look, I don't mind feeling sore once and a while. It's bound to happen from time to time. Especially when you try new stuff with any degree of intensity. But I don't recommend actively seek it out. Because the research is pretty clear, soreness doesn't indicate anything other than you did too much eccentric exercise too soon.

It feels like it should be productive. Like feeling a burning sensation in the muscle you want to target should feel productive. But both are not productive.

Do yourself a favour and repeat similar workouts so that you're not constantly reaching for the wall and cringing every time you have to drop the kids off at the pool.

Why Not Enough Variety is a Problem

Hopefully, I've sold you on the idea that too much variety impairs your progress. But what about the other side of the coin? Don't you need some variety?

Whatever you want to call it, you can't just keep doing the same stuff forever and expect to improve. Training must be cyclical in addition to progressive. Because progress will never be infinite in nature.

Progressive overload is the dominant principle of exercise that ties into the stress-adaptation cycle. Your body has no reason to adapt if the stress doesn't slightly exceed current capacity. But it's more of a trend over time in the big picture.

"Doing the same thing over and over again but expecting a different result." ~ Einstein's Definition of Insanity

As the fitness-fatigue model above showed; You need to stress the body just a little beyond its current capacity if you want it to adapt. This incentivizes the body to improve that skill/ability during a period of recovery. Then you need to repeat that stress, but make it slightly harder than last time to account for the improvement in skill/ability. This, in turn, leads to further adaptation.

And everyone stalls eventually. Then you will need to back off a bit or mix things up. Or what is generally referred to as a 'deload.'

If you keep applying the same stress for a period of time, eventually fatigue accumulates beyond your ability to recover from more stress. And at this point you need to back off a bit at a minimum.

But this is the ideal time to introduce some variety. Enough to see significant improvements, but not so much that you stall for too long.

How Often Should You Introduce Variety?

Well, that's a bit of a loaded question, depending on your goal(s) and planning approach. There's a bit of nuance to the answer.

But the gist is (as one image above suggests) every 3-12 weeks. That's not a hard rule, but it's a good range to work with.

A very easy rule of thumb (for anything but a muscle growth goal) is if you stop making progress – typically increases in weight, speed or number of reps completed with the same weight – for 2-3 workouts in a row, it's time to cycle to something new.

You might also consider shorter cycles if you're more advanced, training more for performance improvements or bore easily.

If you compete in powerlifting, then you're probably always going to have to train the big three (squat, deadlift, bench press) although the quantities and other accessory exercises will change on a 3-12 week cycle still.

If you do 2 or 3 different workouts every week (ala DUP, mentioned above), then you may want to shift your cycles longer. The more variety in the microcycle, the longer a mesocycle (AKA phase or cycle) can be.

You can also opt for longer training cycles if you're pretty new to training because you'll see gains for quite some time initially. And if your goal is hypertrophy (muscle growth). Growth will be stimulated via mechanical tension even if you stagnate for longer than 2-3 sessions. It's a unique stimulus in this regard.

I tend to purposefully program 4-week cycles because it's about a month and that's about as long as the average people (i.e. not athletes) have the mental stamina to endure. But an 8-week (2-month) cycles work just fine (perhaps even better) for muscle growth goals.

However, every program I write tends to be custom, so it changes to fit the individual. Sometimes that means 3-week cycles, sometimes 5, sometimes 7. If I have 13 weeks to prepare someone for a competition, I can't stick to 4-week cycles for all of the cycles. Obviously.

So there is some nuance to these recommendations.

It's a fine line. Walk it with intent.

The Importance of Movement Variability

What is "Functional Fitness?" 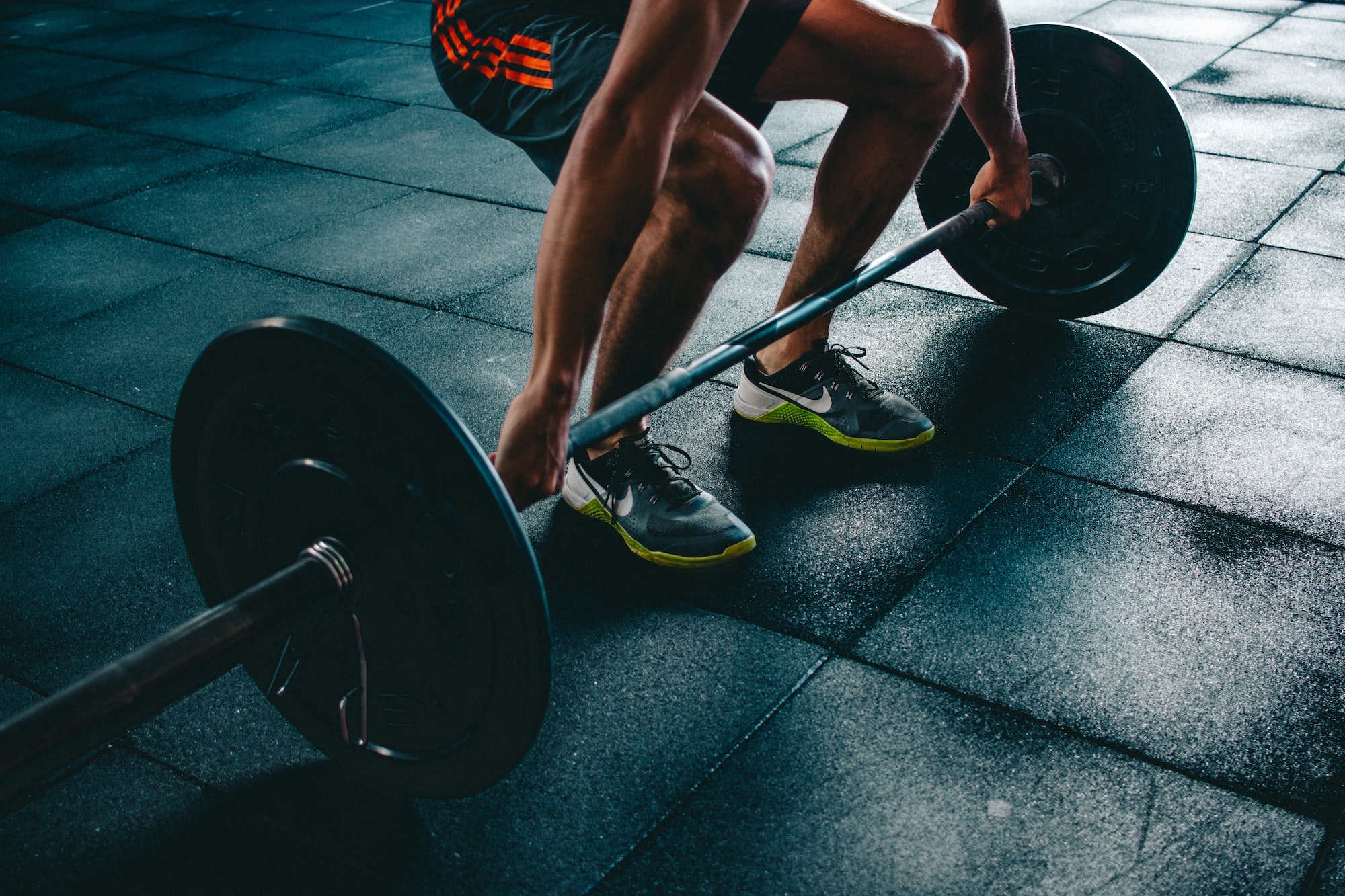