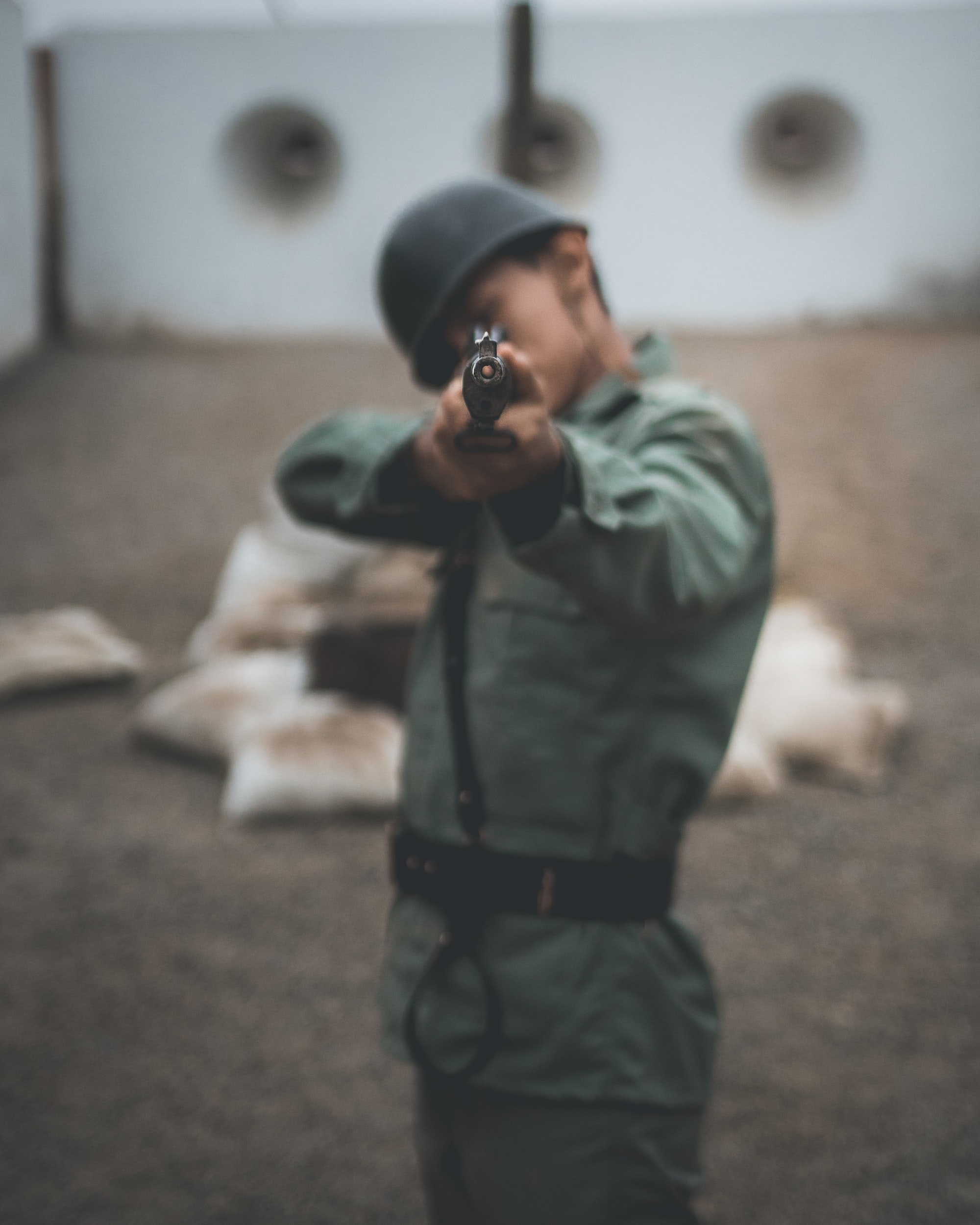 The Idea of Weight Loss vs Execution

Like an epiphany, many people believe they know exactly what they should be doing in order to hit their weight-loss objectives moving forward.

And before I go any further, let me say that experimenting with a bunch of different things is often a proficient way to learn what works for you, so don’t let this story discourage self-discovery and experimentation.

The older you get, the more experiences you've had, the more you draw from previously successful and negative experiences. You talk to friends and family and they tell you what's worked for them and what hasn't.  You read things in magazines or books or blogs! Probably some combination of all the above.

Everyone believes they have the right idea when it comes to weight loss, they may even have mapped it out to a certain extent. They come into coaching sessions with pre-existing ideas like:

People rarely struggle from a lack of ideas or potential 'plans of action.'

Either way, the point is that even the best ideas and plans, fail, not because they aren’t brilliant ideas or plans, but because they fail to execute on the idea and consequently a plan.

Ideas and plans are multipliers for success. Without execution, they often still fail to live up to our wildest expectations.

Let's talk about the story of Webvan. Anyone under 45 has probably never heard of Webvan. And if you've heard of the company, you were in Silicon Valley working in tech during the late 90's tech boom.

They were supposed to be what Amazon is now. Amazon had a better plan, but more importantly far better execution. They scaled slowly from books to everything else over 23 years, rather than attempting it in the first few.

Webvan is perhaps the most expensive failed Internet company in the history of the Internet, though not many people may know about it – time will tell but Theranos or WeWork may surpass them when they are all said and done...

They raised 800 million in investment funding from private investors and via the stock market, during the first <dot>com bubble.

Louis Borders (of Borders Bookstores) founded the company, so it had good leadership. They hired a cream-of-the-crop management team.

It certainly had the funding, the plan was diligent, they were to run the most high-tech grocery delivery service in the world.

They certainly had a concrete looking plan, at least on paper, in order to convince investors to give them that much money.

They beat out nearly all of their competitors, at least initially.

They overspent, their projections were way off, the plan didn’t adapt to the market conditions and they failed to execute on a multitude of levels.

Ultimately, they filed for chapter 11 bankruptcy, after only about 2 years in business.

This is where a lot of fitness, weight-loss, fat-loss ideas and/or plans fall short.

Great ideas on paper, but execution is such a critical factor for success, if not the most important.

Take the story of Mr.X — name has been changed for obvious reasons…

Mr.X, knowing I was a fitness coach for a living, wanted to pick my brain.

He proceeded to give me a brief history of his experience with fitness and map out his grand idea for getting in shape for beach season, 4 weeks from now.

He was going to join a Crossfit gym — fundamentally a fine program for weight-loss though not my favourite option personally.

I’m fairly confident in saying that the average Crossfitter probably gets better results than your average commercial gym-goer does without a coach or mentor assuming they don't get injured and are able to attend consistently as a result. If for no other reason than they receive social support and coaching.

He was going to take on the Paleo Diet — not necessarily my personal approach to eating either, but it could work for a weight loss goal. It often creates an energy deficit by removing most starchy carbohydrates and increasing protein intake and satiety by extension.

Mr.X had a friend who had lost 40 lbs doing Crossfit and eating Paleo.

That friend now had, “kind of a 6-pack” and was obviously the envy of Mr.X.

As a result, Mr.X felt pretty strongly that this combination of low-carb eating and high-intensity workouts would yield positive results for him too.

On paper, he was absolutely right, it should (or at least could) have yielded the result he sought.

Turns out, Crossfit and the Paleo diet didn’t like Mr.X too much. They did not mix well.

Not only did the low-carb diet zap his energy levels for the first two or three weeks, he didn’t even make it to the 4th week.

While he liked the intensity of the workouts, he didn’t really dig the competitive culture as much as he thought he would.

He pushed himself so hard he puked the first workout and a few more times after that.

He found himself constantly sore from doing too much too soon with the workouts. The lack of energy and the soreness lead to unproductive weeks at work and inattentive focus on his family at home.

The reality of 4 weeks out from a goal, combined with a lack of realistic expectations — having no previous training base to work off from — left him feeling dejected and depressed. He developed a bit of a distaste for the gym.

Not only did he fail to reach his goal, but he also never went back to the gym that summer and last we spoke, looked like he put on a few extra lbs instead.

Great idea, not the most realistic plan for him, and the execution obviously didn’t adapt to those realities.

Consequently, Mr.X was unable to reach his objectives, which is an unfortunate reality. Not just for Mr.X but for a lot of people who try to swing for the fences on day 1, rather than simply getting on base.

Now I’ve run into circumstances like these quite a few times. I’d say they’re the norm. People with "good plans" who succeed despite poor execution are an anomaly.

It's usually people who get excited by their goals initially, and they fail to create realistic plans that ramp up slowly to their goals.

Timing is important. It takes the right experience, at the right time, delivered in a deliberate process, and incrementally adjusted based on feedback, to find success in weight-loss.

That last bit is pretty important. Good planning can't be static, it needs to be dynamic and adjust based on the outcomes you track during the process.

Sore? Dial the workout intensity back, do a bit less, or a little less frequently, and ramp up the volume slowly. It can take a month just for people to prepare their bodies to handle exercise! Let alone, create a significant weight loss effect.

It’s really hard to just jump into a diet or exercise program, because there is often no real guidance. No execution adjustments. It’s typically just a set of rules, things you don’t do and maybe some things you should do.

No one shows you how to steer the boat and adjust the program on the fly. And that's a shame, because it's really @#$%ing important!

It’s like creating a business plan with 5 year projections. Those projections are a complete guess. Kinda silly if you just started your business. Forget about next 5 years, you probably don't really know what will happen to your business 5 months from now.

Please observe the chart below:

The success of an idea — and I’ll use ‘plan’ loosely but interchangeably here too — is dependent on column one multiplied (roughly) by column two.

In other words ideas and plans are multipliers only as good at your level of execution.

When we take the Mr.X example above, he had a great idea but no execution and the resultant equation was basically 5 x 0. Therefore, he didn’t lose any weight.

Zero times anything and anything times zero is still ZERO.

Let’s say we have even an average idea or plan, and we elicit great execution.

Of course these aren’t specific numbers, I’m merely using them as an example of how execution amplifies or multiplies the results of any plan. Having a good plan helps, but having a good plan you adjust on the fly well and execute well over time is a much better guarantee for success.

I hope you can take from this that you should utilize your ideas, and you should create a plan based on those ideas, but don’t forget to execute.

It’s a critical component to your journey and success. Have a good plan, but also learn how to execute it well.

The 'Laws' of Medicine